In his Celestron Luminos Eyepiece review Dr. James R. Dire shows that the Lumnios eyepiece is by far the best Celestron eyepiece he has ever used. As he says, “Anyone looking for a set of parafocal wide FOV eyepieces that don’t break the bank should consider Celestron Luminos eyepieces. They are rugged and nicely crafted.” The article originally appeared in Astronomy Technology Today Issue 4, 2020.

In recent years, Celestron has come out with a new eyepiece series they call Luminos which are their top of the line eyepieces. They all have a wide 82° field of view (FOV) which intrigued me to see how they compare to other 82° eyepieces.

The Celestron Luminos eyepiece line contains 15mm, 10mm and 7mm focal length versions with 1.25-inch barrels, which list for around $120. Then they have three sizes with 2-inch barrels. They have focal lengths of 31mm, 23mm and 19mm with list prices from $275 to $175.

To achieve an 82° field of view, these eyepiece, like other brands with the same FOV, must have 6-7 elements. The entire series is parafocal, which means once you focus a telescope with one eyepiece, the telescope should be focus with any other eyepiece in the series. The Luminos eyepiece body is made of polished and anodized aluminum. Each has a rubber grip strip running the circumference of the eyepiece. This is convenient especially on a cold night when handing an eyepiece with bare hands.

I decided to test the 19mm Luminos since it was in between sizes of other brand 82° FOV eyepieces I own. The 19mm Luminos is pictured in Image 1. The eyepiece comes in a Celestron box with lots of foam padding to keep it safe. It also has dust caps for the top and bottom. Like most current Celestron products, the Luminos eyepieces are adored with some traditional Celestron orange trim. I really like that touch!

The Celestron Luminos eyepiece line comes with retractable eyecups. Image 2 shows the eyecup fully expanded and fully retracted. The eyecup is actuated by holding the rubber grip and rotating in one direction to expand, and the other to retract. Quite easy to do even with winter gloves! These eyecups won’t fall off like flimsy ones found on other brand eyepieces.

For comparison I tested the Luminos against two other 82° FOV 14mm eyepieces that were considerably more expensive that the Celestron eyepiece. I tested and compared the eyepieces with my main visual telescope, a 190mm f/5.3 Maksutov-Newtonian reflector shown with the Luminos 19mm in Image 3. Don’t let the clouds in this image fool you. It did clear up before sunset. I find that different eyepieces behave differently with different telescope designs. So I also tested the Luminos with the other two eyepieces in my 132mm f/7 Apo refractor.

In both telescopes, the views through the 19mm Luminos were excellent. Stars were pinpoint throughout the field of view. Star colors were obvious with no apparent chromatic aberration. For sharpness and color, the Luminos performed equally to the other two eyepieces in both the refractor and reflector.

The only difference I noticed between the Luminos and the other two eyepieces was in contrast. In both other eyepieces, the background dark sky was uniform in brightness throughout the field of view. With the Luminos, the sky between the stars was darker in the center of the FOV than near the edges.

The contrast in the center was better than the other two eyepieces, but worse in the outer regions. I saw this with both telescopes, as did some of my observing companions. This effect might not be noticed by most Luminos users who, unlike me, wouldn’t be comparing different brand eyepieces.

This Lumnios eyepiece is by far the best Celestron eyepiece I have used. Anyone looking for a set of parafocal wide FOV eyepieces that don’t break the bank should consider an Celestron Luminos eyepiece. They are rugged and nicely crafted. 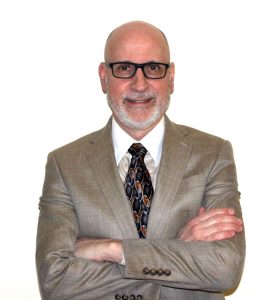 James Dire has an M.S. degree in physics from the University of Central Florida and M.A. and Ph.D. degrees from The Johns Hopkins University, both in planetary science. He has been a professor of physics astronomy at several colleges and universities. He is the president of Methodist College in Peoria, Illinois.  He has played a key role in several observatory projects including the Powell Observatory in Louisburg, KS, which houses a 30-inch (0.75-m) Newtonian; the Naval Academy observatory with an 8-inch (0.20-m) Alvin Clark refractor; and he built the Coast Guard Academy Astronomical Observatory in Stonington, CT, which houses a 20-inch (0.51-m) Ritchey Chrétien Cassegrain.