Sometimes it’s just easier to show someone how to do something than it is to tell them, and telescope collimation video tutorials are a perfect example. Indeed, most astronomy enthusiasts are primarily visual learners for whom showing will always be more effective than telling.

If you’re like us, you’ve often found yourself answering the classic newbie question, “What telescope should I buy?” You’d like to recommend a small or medium Dobsonian – even a Schmidt-Cassegrain – but when you get to the part about collimation, their eyes glaze over, and you end up recommending a refractor and hope its objective never requires realignment. When outfitting a telelescope for solar observing, see more here, considering collimation is just as important.

But now online videos proliferate. ComScore tells us that more than half of all Americans watched streaming videos in 2013 – 52 billion online videos, in fact – and YouTube hosted more of them than all other video outlets combined. Sure, there’s a lot of silliness in online videos, but there are also a lot of great tutorials, too, including excellent tutorials on collimation. Witness Hotech USA’s series on collimation using its popular laser tools. 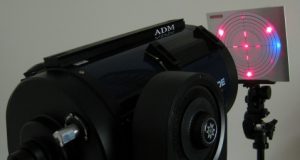 Thanks to such online videos, you can now confidently recommend that Dob or SCT, knowing that a host of collimation experts are ready to show your beginner friends how to keep their new scopes in peak alignment, via streaming video.+

We were reminded of the potential significance of video collimation tutorials recently when we stumbled across Hotech USA’s two-part series on SCT collimation using its Advanced CT Laser Collimator for cassegrain telescopes. It’s a serious bit of high-tech gear that requires a not-insubstantial investment, and potential buyers want to feel confident that they fully understand its procedures before deciding to make that investment.

In these two-part telescope collimation video tutorials you can learn the basic set up of the Advanced CT Laser Collimator while the second demonstrates the system in collimation of a Celestron Edge HD. We know of no more effective way to both center the mechanical and optical components of a cassegrain to the optical axis and to then adjust the tilt of those elements to perfection, nor of a better demonstration of each of those steps than that provided by these two Hotech USA videos.

You can enjoy the two-part series as well as other collimation tutorials from Hotech USA below. 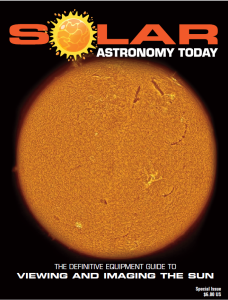