StarTools 1.6 is the new stable version of the astrophotography processing software application. The list of innovations, new functionality, improvements, optimizations and enhancements is very extensive, and this version also includes improved, integrated documentation and support.

One of the innovative features of StarTools 1.6 is the ability to create plausible depth information from 2D images, for use by various 3D media and virtual reality.

The Stereo 3D module can be used to synthesize depth information based on an astronomical image feature characteristics. As the team notes, the depth cues introduced are merely educated guesses by the software and user, and should not be confused with scientific accuracy. Nevertheless, these cues can serve as a helpful tool for drawing attention to processes or features in an image.

Depth cues can also be highly instrumental in lending a fresh perspective to astronomical features in an image. The Stereo 3D module is able to generate plausible depth information for most deep space objects, with the exception of some galaxies. 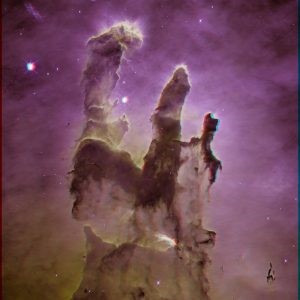 As the team commented, “It is fun little feature to play with, – show your friends and family this year’s haul in glorious 3D! It bears repeating that the depth information is based on educated guessing rather than being entirely scientifically accurate, but it can nevertheless be useful to demonstrate the possible nature and origin of an image’s features (not to mention it just looks plain cool!).”

As an overall product, StarTools offers an image processing engine for astrophotography that tracks your signal and its noise component as you process. After a more than four-year period and extensive beta testing, the software is now available in version 1.6 offering a tremendous jump in usability from previous versions.

StarTools offers extensive knowledge of the past, present and – sometimes – future of your signal. These things include mathematically correct deconvolution of heavily processed data, mathematically correct color calibration of stretched data, and a noise reduction routine that seems to “just know” exactly where noise grain in your final image is located.

StarTools uses new brute force and data mining techniques, so your signal is preserved as much as possible till the very end. StarTools makes use of the advances in CPU power, RAM and storage space, replacing old algorithms with new, more powerful ones. The result offers superior signal fidelity, detail, quality, user-friendliness and capabilities.

The software provides the ability to create and process complex composites as if they were simple DSLR datasets. The Compose mode processes luminance (detail) and color separately in parallel. Processing LRGB, LLRGB, LSHO and more in one go without combining later is possible and yields cleaner results due to cross-dataset signal consultation.

StarTools is currently available as a free trial that offers full functionality, with the exception of being able to save your work, as well as a paid version.