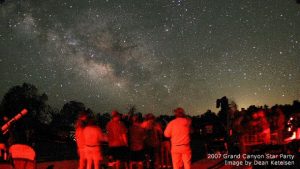 June is a special time for star parties in the USA as some of the most amazing places in the country offer chances to experience extremely dark skies at night and breathtaking views during the day. Yosemite National Park, Bryce Canyon National Park, and the Craters of the Moon National Monument are just a few of the amazing star party venues in June.